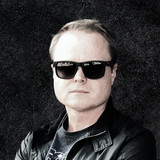 Chris Scheler is a solo rock artist from York, Pennsylvania, USA. In addition to being a singer-songwriter, he has been frontman, guitarist, or bassist for many bands over the years. Fans of the Stone Temple Pilots, The Beatles and Led Zeppelin will resonate with Scheler’s songs, which are known for their lyrical hooks and catchy guitar riffs. He has generated a strong response from live audiences and online listeners alike who connected with the deep lyrics and charged melodies. Inspired by “hangxiety”, Scheler’s latest single, Damage Control is about beating yourself up over small mistakes or words you wish you could take back in an introspective, high-energy alt rock tune. Scheler’s previous single, "Deal with the Devil" was inspired by the story of Robert Johnson, a 1930s blues artist rumored to have sold his soul in exchange for greatness. What would you trade to achieve greatness? Scheler explores this question in a guitar-driven, modern rock anthem. Both songs feature Scheler on vocals and bass in a series of songs where he is joined by an all-star team of musicians and producers. The songs were recorded and mixed by Grammy-nominated producers, Carson Slovak and Grant McFarland (Candlebox, Everclear) at Seventh Wave Studio in Palmyra, PA and Think Loud Studios in York, PA. Drummer, Robin Diaz (Candlebox, Live, Daughtry) and guitarist, Jason Greenwood (Collinsville Discount Band) join Scheler on the track.