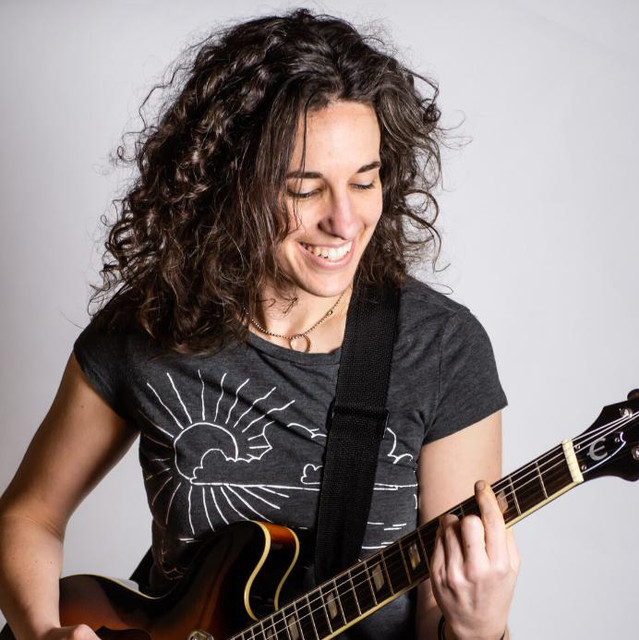 Guitarist/songwriter Kyleen Downes has chosen music as her way to interact with the world. Her songs are sonically approachable and remind you of scanning the radio dial in search of a companion on a long road trip. Imagine if Sheryl Crow and Tom Petty grew up watching MTV's Total Request Live. Raised in a constantly moving military family, Kyleen now calls Dayton, Ohio her home. It was the camaraderie of the Dayton music scene including Paige Beller that inspired her to start performing in 2009. She has since opened for nationally touring songwriters, Glen Phillips and Chris Smither, received regular airplay on WYSO Public Radio and has performed with her band at the Levitt Pavilion Dayton. She released her first collection of songs entitled ‘Maybe Sometimes’ in 2016 and followed up with the EP ‘FRIENDS’ in 2018. She will be releasing her first full length album ‘Come On Sit Down’ in June 2020.