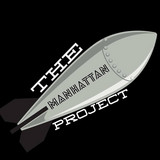 The Manhattan Project is an exciting new hip-hop collective exploding out of Perth, W.A. Having recently re-formed, with the addition of their newest weapon, the multi-talented, super-DJ, RichoKidd, they have finally found the missing piece to their proverbial puzzle. Originally joining forces for a string of live performances in early-2017, Demolition & Altty had been garnering a significant amount of attention as T.M.P, due to their high energy filled & explosive performances, commanding stage presence & an incredibly fun & funky sound that gets the crowd up on their feet & packing out the front row. After supporting an array of talented artists, and playing a ton of local shows together, the boys decided it was time for T.M.P to grow even stronger, and along came RichoKidd!