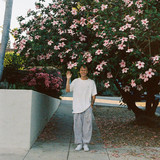 Medasin enters the world of electronic music production from his own angle. The “Brilliant Young Man” is a true embodiment of the post-genre era, well-known for his experimentation and exploration of various sound palettes. In 2018, Medasin released his debut project “Irene” which captivated listeners with its refreshingly unique tracks that quickly landed a number one spot on the iTunes Electronic chart. Over the years, he has garnered a large following through his original tracks and high profile remixes- a testament to his talent and versatility as an artist. Although Medasin’s favorite place to be is in the studio, he frequently travels the world to share his music live at many shows and festivals including Lollapalooza, Firefly, CRSSD, Hangout and many others.