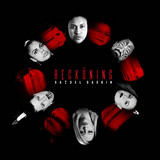 Creative tour de force, Samuel Gaskin is a creator and change advocate who makes culturally centered pop music for the masses. Samuel’s work spreads across the music, performing arts and media industries, activating audiences with his prolific talent and staunch advocacy as a queer artist of African, New Zealand and European roots. After debuting his ambitious and highly successful stage production, RECKŌNING: Te Waiata Paihere Wairua - The Sounds of Woven Souls last year, Samuel Gaskin is thrilled to now present his magnum opus sister release in the form of new single and video, ‘RECKŌNING’. ‘RECKŌNING’ is an intercultural exploration into indigeneity and ancestry. The single and its accompanying video were birthed from a creative curiosity that sought to discover what would happen if Samuel took indigenous songwriters from Aotearoa, New Zealand and Te Whēnua Moemoeā, (Land of the Dreamtime) Australia into a room with a sound healer and a pop music producer. The result is an arresting multisensory celebration of Indigenous joy that dismantles outdated ideas of identity, expression and genre through an intersectional lens.

​​“RECKŌNING is what I’m most proud of. It’s a lifetime of “work” both on myself and my craft. It’s what the world needs more of. It’s a celebration of the magic, resilience and POWER the Indigenous people of the world hold regardless of everything they have endured. RECKŌNING is the future…” ─ Samuel Gaskin