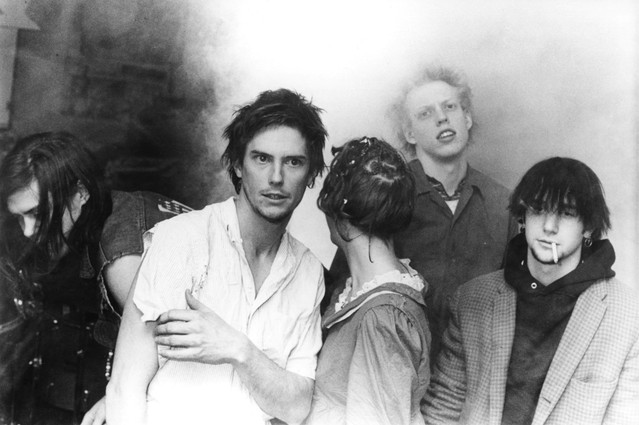 Cult-classic punk rock band, Butthole Surfers, announce the up-coming 10" vinyl remastered release of their fan-adored 1987 album, Locust Abortion Technician, today via Five Music/RED Music. This marks the band's first release since 2007's compilation Pioughd/Widowmaker, ahead of new music in 2018 the first in 15 years. The remastered 10" Vinyl is slated for release on November 17th in celebration of the band's 30th anniversary, kicking off a series of remastered releases throughout the next year. Upon release in 1987, Locust Abortion Technician reached number three on the UK Indie Chart and was considered by fans to be one of the band's best albums. The album's influence is widely cited to have birthed grunge music and considered one of the top 50 albums of all time by the late Kurt Cobain and featured in Robert Dimsey's 1001 Albums You Must Hear Before You Die. Arguably the most infamously named band in the anus of popular music, Butthole Surfers long reigned among the most twisted and culture defying acts ever to bubble up from the American underground. The Butthole Surfers grew to fame as punk rockers in the 80's and 90's. The legendary group was the first to fuse the antics of shock rock with an avant-garde, hardcore, and psychedelia soundscape. The newly reunited band (consisting of Haynes, Leary, Coffey, and Pinkus) are writing and recording new music, nearly ready to feed the flames of their patiently waiting fans. We're Buttholes and we're crazy, join us!