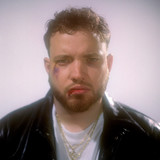 In the past few years, Myth Syzer has developed different projects and became a well-established producer in the rap world, on a national and international level. Kaytranada, A$AP Ferg, Vic Mensa have already asked him for beats. Besides his production work for his crew Bon Gamin, he’s also a prolific solo artist with a bunch of mixtapes and five EPs under his belt. In July 2017, he released ‘Le Code’ on Animal63 and is now about to release a first album.