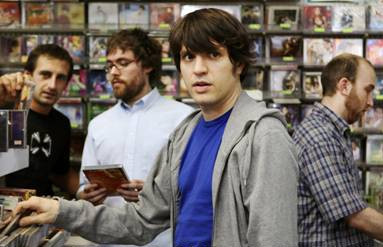 Power pop band Bridges and Powerlines were formed by singer/keyboardist Andrew Wood and bassist Keith Sigel in New York City in the summer of 2005, shortly after Sigel arrived from Chapel Hill, NC. The duo fleshed out the group by adding drummer Pete Mucek and guitarist Jon Crockett. Originally, the name of the band was Sunspots, but after they completed work on their debut EP, Bridges and Powerlines, in March 2006, they discovered that another group was using that name and had trademarked it. They therefore changed their name to Bridges and Powerlines. They self-released the EP on September 26, 2006. ~ William Ruhlmann, Rovi