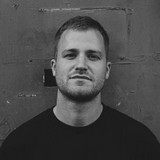 Slim is one half on London rap group Summers Sons, who have released three albums on Melting Pot Music since 2018 ("Undertones", "Uhuru" & "The Rain"). He has also released a beat tape on Yogocop Records and split album with Joe Corfield via KO-OP. Slim originally started producing UK garage until his brother Turt asked him for some slower beats to rap on. Slim flipped

an Erykah Badu tune and Summers Sons were born. Ever since he produces organic beats with dusty samples and crisp drums.