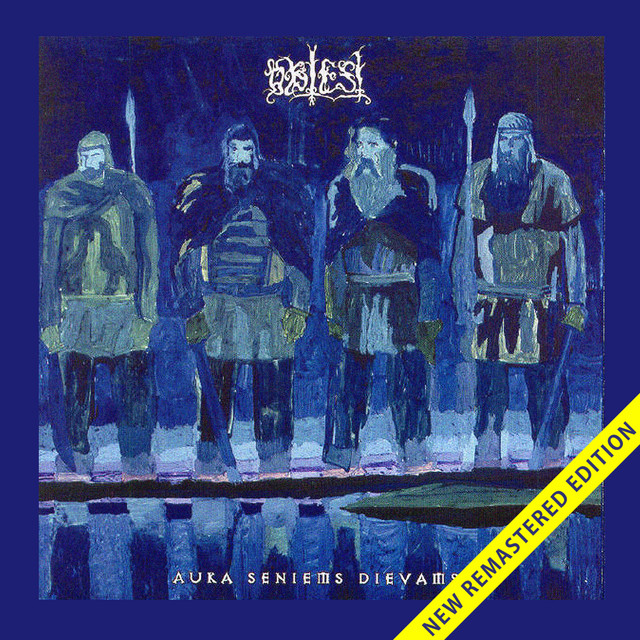 Lithuania's Obtest set out on the trail of pagan metal adventure in 1992 -- their quest to antagonize the Christian church at every turn with heretical black metal steeped in medieval history and legends. But it wasn't until some five years and several demos later that the group unveiled its first album, Tukstantmetis, which was sung (or at least croaked) in their native Lithuanian tongue, and entirely devoted to the Ninth century Prussian tribes that resisted Christianity's advance across the European continent, albeit unsuccessfully. Obtest's next album, Auka Seniems Dievams (2001) expanded the group's sonic palette beyond the obvious black metal stereotypes to include regional folk melodies and followed a pair of experience-building EPs -- 1998's 997 and 2000's Prisiek -- the latter of which featured sword-wielding bandmembers dressed in medieval costumes on its cover! But by the arrival of 2005's Iš Kartos a Karta LP, vocalist Baalberith, guitarists Sadlave (Evaldas Babenskas) and Enrikas Slavinskis, bassist Demonas (Arturas Gusevas), and drummer Insmuth had redirected their passion for playing dress-up into the music itself, coming away with a more polished, mature, yet still quite violent and fast-paced set of songs reflecting their self-appointed "heathen war metal." 2006's Prieš Audra EP and 2008's Gyvybës Medis full-length (released by France's Osmose Productions) bravely sallied forth with even better results and increasing critical acclaim, thus positioning Obtest for an international breakthrough if good fortune smiles upon them. ~ Eduardo Rivadavia, Rovi