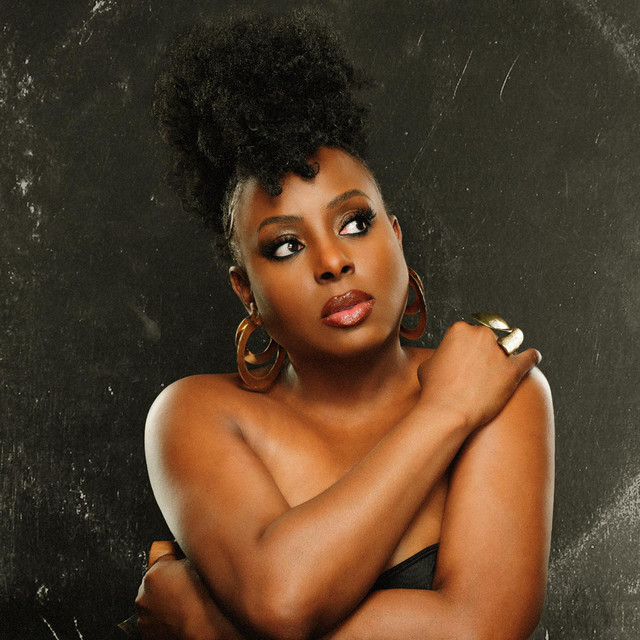 Ledisi was one of R&B's best-kept secrets, a successful and dynamic independent artist with a couple well-regarded albums to her credit, until she reached a new level with Lost & Found (2007). The start of a decade-long association with Verve Forecast and an even lengthier partnership with fellow songwriter/producer Rex Rideout, the album went Top Ten R&B/hip-hop, spawned a handful singles embraced by radio, and led to Grammy nominations for Best New Artist and Best R&B Album. The proper Verve LPs that followed, namely Turn Me Loose (2009), Pieces of Me (2011), The Truth (2014), and Let Love Rule (2017), all deeply rooted in traditional R&B with modern finesse, were met with similar or greater commercial success and routine recognition from the Recording Academy. Ledisi has since returned to independence with The Wild Card (2020) on her newly launched Listen Back Entertainment label. A versatile performer, Ledisi also holds the rare (possibly unique) distinction of having played both Dorothy (in a stage production of The Wiz) and Mahalia Jackson (in Ava DuVernay's Selma). Ledisi Young was born in the Big Easy, where she sang at the age of eight with the New Orleans Symphony Orchestra, and spent many adolescent hours watching her mother perform with a local R&B band. After the family relocated to Oakland, Ledisi followed her mother's lead and sang in a band, but left to form her own identity and group as she broadened her performance range. She played Dorothy in a local production of The Wiz, for which she earned a Shellie Award nomination in 1990, and then became widely noted for her performances in the long-running San Francisco cabaret Beach Blanket Babylon. Ledisi also formed the band Anibade (her middle name). While the lineup was similar to that of Rufus & Chaka Khan, the sound -- on record anyway -- was mellower and sometimes fused R&B, hip-hop, jazz, and funk. The band built a hot reputation in the Bay Area. This prompted Ledisi to seek a deal with major recording companies, all of which praised and turned her down in the same breath. Frustrated but not defeated, she cut her debut solo LP, Soulsinger, and released it with the help of musical partner Sundra "Sun" Manning on LeSun Music, the label the two co-founded, in 2000. Sold at Ledisi's numerous gigs, the album did well without the benefit of a major distributor, received critical acclaim, and found audiences in England, the Netherlands, and across Scandinavia. After she further illustrated her range with the 2001 follow-up Feeling Orange But Sometimes Blue, and through Tommy Boy Records re-released Soulsinger (retitled Soulsinger: The Revival), she signed with Verve subsidiary Verve Forecast and formed a long-term creative bond with songwriter/producer Rex Rideout. Her third studio album, Lost & Found, was released in 2007 and reached number 78 on the Billboard 200 (number ten R&B/hip-hop). Two of its singles, "Alright" and "In the Morning," peaked within the Top 50 of Billboard's R&B/hip-hop chart. Due to Ledisi's everlasting appeal to the radio format termed urban adult contemporary, the songs fared even better on the adult R&B chart. Longtime fans no doubt chuckled when Ledisi was listed among the 2007 Grammy nominees for Best New Artist. Lost & Found was also nominated that year for Best R&B Album. Ledisi recorded It's Christmas for the 2008 holiday season, and released her fourth proper album, Turn Me Loose, the next year. The appropriately titled LP, filled with some of her hardest-hitting songs, featured collaborations with Jimmy Jam and Terry Lewis, as well as Raphael Saadiq. It entered the Billboard 200 at number 14, topped the R&B/hip-hop chart, and resulted in another pair of Grammy nominations: Best Female R&B Vocal Performance (for the Rex Rideout collaboration "Goin' Thru Changes") and Best R&B Album. Pieces of Me followed in 2011 with two of her biggest hits, namely the title song and the Jaheim duet "Stay Together," both Top Five adult R&B hits. This was her first Top Ten entry on the Billboard 200 and narrowly missed the top spot on the R&B/hip-hop chart. Grammy nominations for Best R&B Album, Best R&B Song, and Best R&B Performance -- the latter two for the title song -- followed suit. Between albums, Ledisi co-wrote and fronted Robert Glasper Experiment's Grammy-nominated "It's Gonna Be Alright (F.T.B.)." Her own The Truth, featuring a surprising amount of uptempo material without any pop concessions, followed in 2014 and became her fourth straight Top Ten R&B/hip-hop release. "Like This," made with Rideout, nabbed yet another Best R&B Performance nomination. A couple weeks after the 2015 U.S. release of the Academy Award-nominated Selma, in which Ledisi portrayed gospel great Mahalia Jackson, the singer released The Intimate Truth, an EP of acoustic versions. In 2017, she returned with the number two R&B/hip-hop album Let Love Rule. The set naturally yielded three more nominations from the Recording Academy: Best R&B Album, Best Traditional R&B Performance ("All the Way"), and Best R&B Performance ("High"). The nominated songs were her fifth and sixth singles to hit the adult R&B Top Ten. Newly independent as the CEO of Listen Back Entertainment, Ledisi returned in April 2020 with "Anything for You" as a prelude to her eighth proper studio album. The Wild Card was issued four months later. ~ Andy Kellman & Andrew Hamilton, Rovi