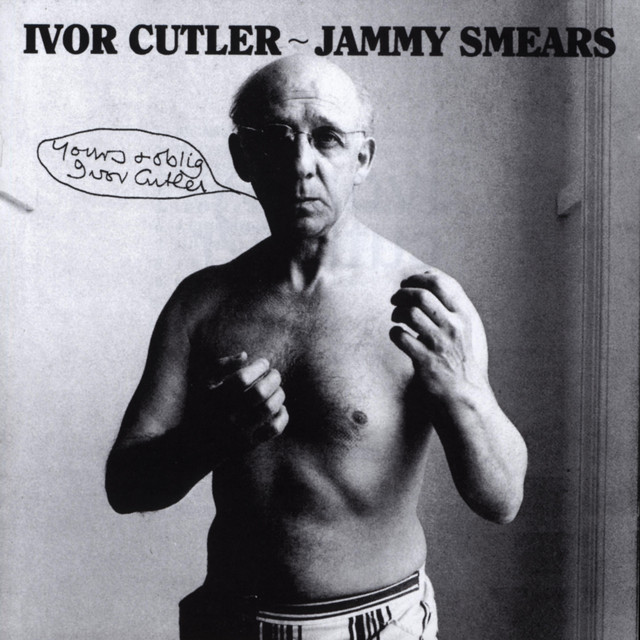 One of the most unique figures on the pop music fringe, Ivor Cutler is a musician, singer, songwriter, poet, actor, painter, author of books for children, and humorist. His droll, often surreal, sometimes melancholy humor permeates all of his work. His singing voice, a mordant baritone with perhaps the thickest Scottish burr ever captured on tape, is as singular as his idiosyncratic worldview. Born on January 15, 1923, Cutler grew up in a large middle-class family in Glasgow, Scotland. Memories of his childhood, both sweetly funny and painful, figure prominently in much of his work. The 1978 spoken word album Life in a Scotch Sitting Room, Vol. 2 is particularly autobiographical. After a brief stint as a navigator in the Royal Air Force during World War II, Cutler moved to London and took a position with the Inner London Education Authority teaching music, dance, drama, and poetry to students ages seven to 11, a job he would hold until his retirement in 1980. Cutler has said that his experience as a teacher triggered his development as an artist, and indeed, there's a childlike playfulness in the tradition of Edward Lear and Lewis Carroll in much of Cutler's work, particularly in his hilariously surreal short stories. Cutler studied painting and sculpture in London in the 1950s, but took to songwriting and poetry in the latter part of the decade, largely because they seemed more likely to help support his growing family. Cutler began writing and recording songs and poems and quickly landed a recurring gig on the BBC Home Service, making 38 appearances on the weekly Monday Night at Home show between 1959 and 1963, most often backed by his trademark droning harmonium. His growing popularity on the radio led to a series of records beginning with the 1959 EP Ivor Cutler…of Y'Hup. In 1967, longtime fan John Lennon cast Cutler as Buster Bloodvessel in the Beatles' ill-fated Magical Mystery Tour project. This led to Cutler's signing to Parlophone Records to record the George Martin-produced Ludo, a brilliant slice of Goon Show-like musical comedy credited to the Ivor Cutler Trio. Backed by acoustic bassist Gill Lyons and percussionist Trevor Tomkins, Cutler sings and plays piano in addition to his usual harmonium-backed recitations, making this his most traditionally musical album. Ludo, however, was not a big seller, and Cutler returned to his usual radio sessions and poetry readings for the next several years. In 1973, Cutler appeared on Robert Wyatt's Rock Bottom, adding harmonium and recitations to the tracks "Little Red Riding Hood Hit the Road" and "Little Red Robin Hood Hit the Road." His performances on this album were so striking that Wyatt's label, Virgin Records, signed Cutler to a multi-album deal. The results of that partnership, Dandruff (1974), Velvet Donkey (1975), and Jammy Smears (1976), are probably Cutler's best-known albums, and his association with Virgin, then the definitive British progressive/art rock label, brought him an entirely new, younger, and more rock-identified audience. This remained Cutler's career path for the next couple of decades: steady radio work and the regular appearance of children's books and slim volumes of poetry, augmented by occasional spurts of releases for British indie labels. Rough Trade released three albums, Privilege, Gruts, and the double-disc Prince Ivor, a collection of BBC radio plays, in the mid-'80s. In the late '90s, Creation released two new volumes of poems and spoken word pieces, A Wet Handle and A Flat Man, as well as reissuing Ludo and Life in a Scotch Sitting Room, Vol. 2 on CD. Health problems, including open-heart surgery, slowed down Cutler's output in the late '90s, but in 1999, he released Cute, (H)ey?, his entry in the EMI Songbooks series of 100th anniversary retrospectives, including several of his own tracks mixed in with songs by Robert Wyatt, Nina Simone, Arvo Part, and others. Although he occasionally appears at readings and other public events, Cutler considers himself largely retired from both performing and writing. ~ Stewart Mason, Rovi