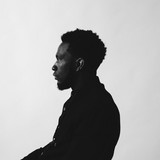 MaLLy is an independent hip-hop artist, entrepreneur, educator and McKnight Foundation Fellowship recipient from Minneapolis, MN. Active since 2009, MaLLy has cemented his place in the music business with a strong discography boasting four critically acclaimed albums and two well received EPs—The Passion, The Last Great..., The Colors of Black and most recently The Journey to a Smile. In 2012, he was voted the Twin Cities’ best hip-hop artist by Twin Cities publication City Pages, and has been recognized by other local and national press outlets including the Star Tribune, 2DopeBoyz, Uproxx, HipHopDX and Complex Magazine. Prominent industry figures such as Monie Love, Sway Calloway, Swif N Wessun, and Chuck D have lauded his work. MaLLy has toured nationally and internationally with Atmosphere on their “Welcome to Minnesota” tour in 2012, Brother Ali on his “Home Away From Home” tour in 2014, and with Webster X and Kweku Collins on the Orbit Series Tour in 2015. Additionally, he’s made two appearances—one as a performer (2011) and one as co-host with Brother Ali (2012)—at Soundset, the largest Hip-Hop festival in Minnesota. MaLLy's wordplay, tonal variety, lyricism, storytelling and universal nature of his subject matter are highlights to his artistry that appeals to a broad spectrum of listeners. The introspective Hip-Hop artist is on a mission to share his purpose as a human through his music and hopefully enhance the lives of those who listen to it.