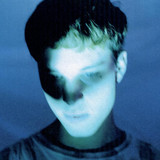 Ryan Beatty is a 24-year-old vocalist, songwriter and producer born and raised in Southern California, and now based in Los Angeles. In July 2018, Beatty released his debut album Boy in Jeans to widespread critical acclaim with accompanying videos for “Haircut,” “Powerslide,” “Camo” and “Bruise.” In 2020, Beatty followed up his debut with the release of his highly anticipated second album Dreaming of David, which features singles “Casino,” “Dark Circles” and “Patchwork.” Beyond his solo career, Beatty worked with Tyler, the Creator on his critically acclaimed album Igor as well as his Grinch soundtrack. He also made contributions to Brockhampton’s Ginger and Kevin Abstract’s Arizona Baby in addition to appearing on Brockhampton’s Saturation II and III.