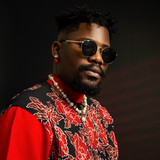 YCee is a Nigerian singer and rapper, with a unique and versatile delivery style that is most relatable and endeared him to an international audience. His career hit the limelight after he was nominated in the "Revelation of the Year" category at the 2015 edition of the MTV Africa Music Awards and was also nominated in the "Best Artist in African Pop" category at the 2015 All Africa Music Awards. Dubbed ‘the king of the new school rap in Africa’ by local and international press, YCee has released a string of hits including his single “JUICE”, which has accrued over 75 million YouTube views and an international remix with Joyner Lucas. His last album “YCEE vs ZAHEER” is proof of the versatile nature of his talents with streaming stats of over 100 million streams.