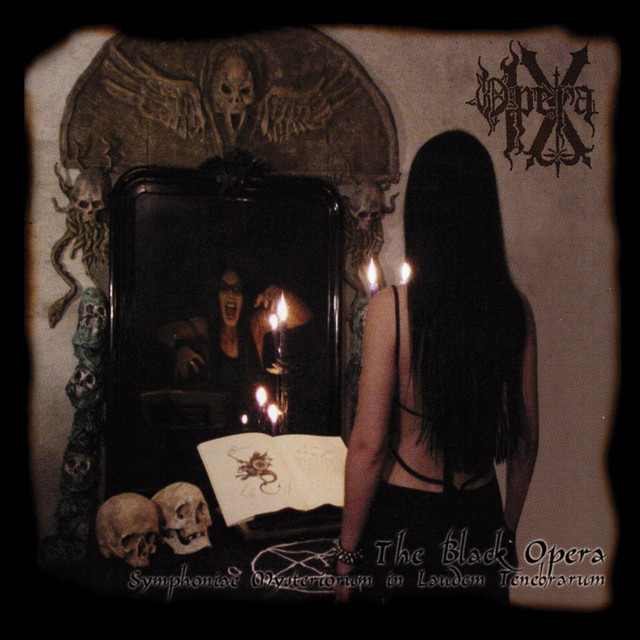 One of the most unique and successful Italian heavy metal bands of the 1990s, Opera IX was founded in 1988 by guitarist Ossian, who worked with various musicians leading up the recording of first demo tape, Gothik, two years later. However, it wasn't until the arrival of female singer Cadaveria, bassist Vlad, and drummer Flegias a short time later that things really started happening for Opera IX. Their second demo from 1992 showed amazing progress, revealed their new direction toward ambient doom/death metal, and became one of the hottest tape-trading items on the underground metal circuit that year. Following the addition of keyboard player Silent Bard, the band began delving deeper into classical music and gothic nuances as well, eventually bringing all of these many influences together on its 1995 debut album, The Call of the Wood. Released three years later through the curiously named Miscarriage label, Opera IX's second effort, Sacro Culto, raised the bar even higher, becoming one of the year's most acclaimed avant-garde metal efforts in the process. New keyboard player Lunaris was now installed, and the band also saw fit to film a video for the brilliantly named single "Fronds of the Ancient Walnut." 2000's equally accomplished (and quite verbose) third album, The Black Opera: Symphoniae Mysteriorum in Laudem Tenebrarum, soon followed, and Opera IX seemed to be perched on the brink of a serious international breakthrough when the bottom fell out. Long simmering internal tensions finally succeeded in driving a wedge between the musicians, and Cadaveria and Flegia quit to start a new band named after the singer herself. One Madras was hired as her successor, along with new drummer Taranis, and Opera IX returned in 2002 with their fourth album, Maleventum. Considered a disappointing outing by most fans and critics, the album may also be Opera IX's last as rumors suggest both recent new members have already parted company with the group since its release. ~ Eduardo Rivadavia, Rovi