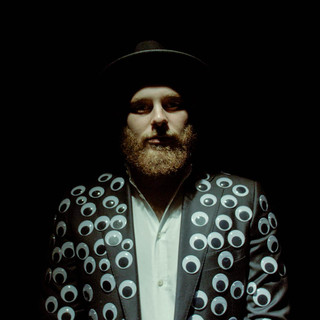 The Chordaes is a New York City based folk rock project led by singer/songwriter/musician Leo Sawikin. A Renaissance man and self-described purist, Leo is a restless seeker of knowledge with a deep love of all things that come from the Earth. These two passions are the driving forces behind his music. The Chordaes' moniker refers to the chordae tendineae of the heart, otherwise known as your “heartstrings.” “One of the things about this music is that it’s very visceral given the complexity,” says Leo. "For me, the key to great music is having the best of both worlds—the complexity versus the raw emotion and the push and pull between the two. I want to tug at people’s heartstrings—and their brains. That’s my goal.” “What We Breathe In”, The Chordaes’ latest EP, reflects on the lives of young people searching for connection and trying to find their way in today’s America. Guided by producer Marc Swersky (Joe Cocker, Roger Daltrey), the new EP’s Wrecking Crew- inspired recording process has produced a timeless sound. The radio single, “Venus,” mixed by Mark Needham (The Killers, The Revivalists), is about being "locked in place by forces greater than we are,” says Leo. “It’s about being in limbo with someone, being powerless to move closer to or farther away from them.” The Chordaes continue to tour the East Coast, seeking answers to the questions of the thinking mind, while hoping to leave an enduring impression on the heart—or at least to tug a string or two.