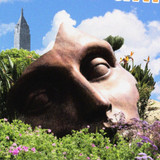 Scoville Unit is comprised of Gandhar Savur, Drew Isleib, Kevin Shelbourne, and Rob Hunsicker. The band originally started as a vehicle for the songwriting of Savur following the breakup of his and Shelbourne's previous band, punk outfit El Sécondhand. With longtime music collaborators Drew Isleib and Tony Senes, the band recorded debut LP "Everybody Knows" at Senes' basement studio in New Haven, CT, with few expectations. To their surprise, the album was heralded as a lo-fi masterpiece first by the band's peers, and then from indie press and the college radio community (ultimately hitting #1 at many college stations throughout the country). The album showcased Savur's classic pop songwriting heavily influenced by Elvis Costello, Buddy Holly, and The Beach Boys. After supporting "Everybody Knows" with tours of the US and the U.K, the band quickly began recording a follow up album.

"Closed Universe" showcased a more dynamic side of the band, with a delivery reminiscent of The Cars, Pixies, and The Smithereens.