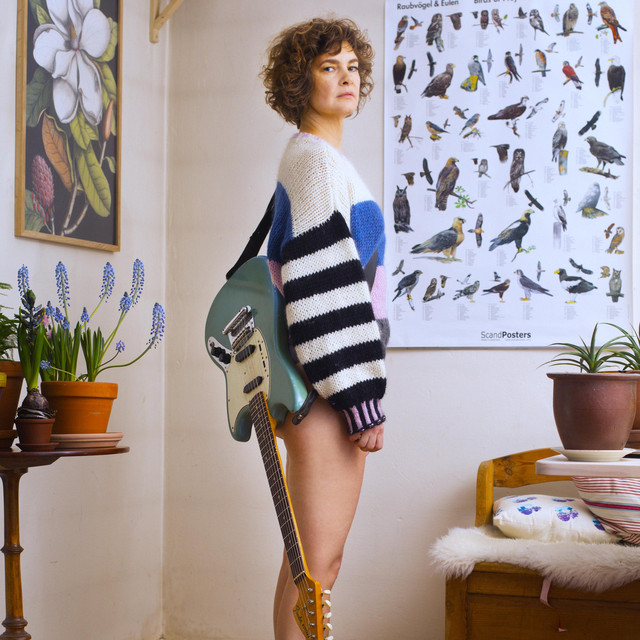 ”… For a moment, she was Gordon, Knowles, Joplin and Patti in marvellous unity, while music and sorcery flowed together” - GAFFA DK (2017) Kirstine Stubbe Teglbjærg made her name as co-founder and core member of the award-winning and highly successful group Blue Foundation - her unique voice and songwriting being one of the key characteristic of the group's sound. Kirstine is the co-composer, lyricist and luminous voice of Blue Foundation songs like Bonfires, 'Ghost, 'End of the day' and Eyes on Fire the latter having currently reached close to 59 mio streams on Spotify and been featured on the US Grammy nominated soundtrack of the ‘Twilight’ film series. In 2013, Kirstine released her first solo album, the critically acclaimed ‘Hamskifte’ (Sloughing). As composer and producer of the entire album Kirstine expanded her artistic vision and capabilities on this album, and ‘Hamskifte’ stands out as a truly personal statement with a unique sound and intriguing and poetic lyrics in her native Danish tongue. Most recently, Kirstine has co-invented a completely new concert form to achieve a greater level of gender balance in the music field: The innovative and award winning concert concept and record label HUN SOLO, which presents solo concerts with female artists. HUN SOLO has been granted 3 prizes, most recently the prestigious "GAFFA Tak Rock Prisen" (Feb 2020), which honours a person or organization for “an extraordinary contribution to Danish music”.