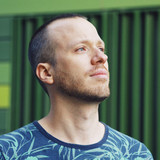 “Vyel" - pronounced [vee - al] is the musical nom de plume of Vincent Lévêque, a Paris-based singer, musician and producer. His name comes from the English phonetic pronunciation of his initials. Born and raised in Châlons-en-Champagne, France, Vincent began playing French horn as a child, and learned guitar whilst playing in various bands during high school and college. He started to post his first covers and remixes on SoundCloud and YouTube in 2011. Nine years later, his cover of Coldplay’s hit “Hymn for the Weekend" featuring Sophia Omarji got more than 3,000,000 streams on Spotify and 70,000 views on YouTube. He released other covers such as "Faded”, featuring the French vocalist Emma LaChance or "The Greatest”, featuring Alissa Müller. He released many solo covers as well, like "Shape of You”, "It Ain't Me (Cloud 9)” and "Something Just Like This”. Vyel is featured on J Holland and DDRey's single "Love You Anyway”, which is his first original release with his own lyrics. Three other original singles came out later on after many collaborations, "All Over Again”, "Try” and "Today Is What I Live For” (supported by Hardwell & Ummet Ozcan) in 2019. In March 2020, Vyel releases "Someone", a progressive house collaboration with the Chinese producer Vanished, already supported by Afrojack & Yves V and added to the editorial Electro Mix Spotify playlist. Vyel is currently working on new original songs and on his biweekly podcast, the Vyel Radio Show.