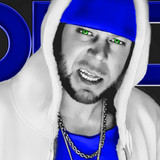 Matt Procella (born April 30 1984), better known by his rap name O.D.D TV is an American rapper and record producer from Baton Rouge, Louisiana. O.D.D has spent most of his life in Colorado and has been making rap music since 1999. In 2012 he became a truth seeker and it began reflecting in his music from that point on. He has a unique ability to articulate the dark truths of the world with a powerful flow that's inspired by both rap and rock music. ODD TV coined the term "Truth Music" and hopes to see more rappers take the truth music route in the future. He is well known for his youtube channel "ODD Reality", where he presents his personal research on conspiracy related topics via high quality videos.