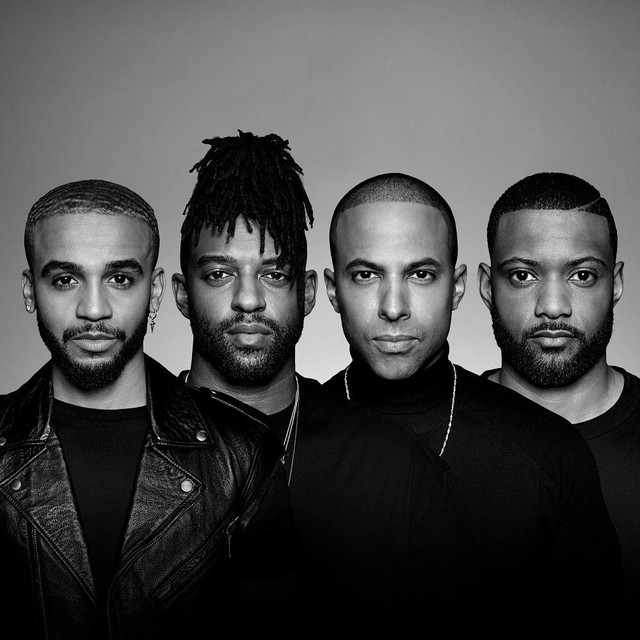 In 2008 JLS came second on The X Factor, and remain the biggest self-founded group to ever emerge from the talent show. JLS have chalked up an impressive five No 1 singles, including the enduring dance floor filler Beat Again and the arms-aloft heart-tugging ballad Everybody In Love. They’ve sold over six million records and shifted more than 1.4million live tickets. Thanks to a combination of rich, harmonious vocals and the slickest dance moves a British boyband has ever delivered, the JLS live experience was so in demand they played London’s 02 Arena a whopping 16 times during their four album career. JLS became the first X Factor act to win a BRIT Award when in 2010 they took home both British Breakthrough Act and British Single for Beat Again, the fastest-selling single of 2009. They later added 5 MOBO Awards, 4 Digital Music Awards and 3 Urban Music Awards to their collection of silverware. Their four albums – JLS, Outta This World, Jukebox and Evolution – all went multi-platinum. Then at the height of their success, they split. “There’s unfinished business,” states Marvin. The camaraderie and genuine friendship between JLS is what makes them solid, particularly for a boyband. They finish each other’s sentences and consistently burst into peals of laughter. “When I think about JLS I think ‘family’, says Oritsé, “I missed the feeling of being in a band. It feels like coming home. These boys are my brothers.” Join JLS on the #BeatAgainTour 2020