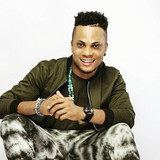 Wondaboy, is far from a novice to Nigeria’s Music Industry. In 2013, Wondaboy embarked on a solo career as a singer/songwriter/producer, and was signed to LNB Entertainment by Lilian N. Blankson. She handpicked the artist for international branding and promotion which resulted in a major and exciting career renovation. Wondaboy’s hit record “BEFORE THEN” featuring BET Award winner Sarkodie, became a massive success on international radio & television. The video took over air waves all over the US, UK & Africa with rotation on Soundcity, BET 106 & Park (International), Channel O, Trace Urban & MTV Base. Though released in 2013, “BEFORE THEN” continues to enjoy consistent radio, night club and air play WORLDWIDE making it a major musical success for Wondaboy.In 2016, he was personally selected by Ms. Lauryn Hill to perform on her sold out concert streamed live by Tidal – TIDAL X Diaspora Calling Concert at the Kings Theatre in Brooklyn, New York. His performance received such rave reviews from top-tier US media that Ms. Hill invited Wondaboy to join her on her 50 city US Tour. After being recognized by MTV Base as "Artist To Watch 2017,” Wondaboy has created a wave of new hits scheduled for release this year. Currently, his new single “Formula can be heard on the airwaves in Nigeria, Ghana, Kenya, South Africa, the UK & the US and are available on all digital streaming platforms. Wondaboy is destined for success.