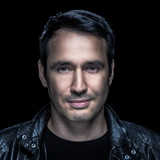 Dance music lovers can listen to Sean Finn on his weekly Radio Show “Sean Finn On Air” in over 70 Radio Stations around the World, his Song "Summer Days" was on the radio in all stations in Turkey ( iTunes No.1 ) Sean Finns released his last album “We Are One” on Sony Germanys dance label Nitron Music and reached No. 4 at the local iTunes charts. The album contains numerous features of Sean Finn with international artists such as Chris Willis, Steve Edwards, Shawnee Taylor, Tony T, Alicia Madison, Amanda Wilson, Mc Ambush, Quill, Terri B and Jay Sebag. As well as his gigs at festivals and events such as Miami Massive (USA), Nature One,