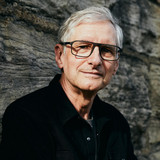 Jim Stanard has always had a profound relationship with music and accrued plenty of performing experience early in life. Music meant so much to him that, as a teenager, he sold his childhood coin collection to buy his first guitar, a Martin D-28 that he still plays. As a young man, Stanard was profoundly affected by the singer-songwriter explosion of the 1960s. Hanging out at the legendary Main Point coffeehouse in Bryn Mawr, Pennsylvania, he experienced live performances by such musical iconoclasts as Tom Rush, Doc Watson and a young Bruce Springsteen. He saw Bob Dylan perform in Philadelphia in 1966, and attended the historic Woodstock festival three years later. Jim Stanard's second album Color Outside The Lines once again showcases the Florida/Colorado-based troubadour's distinctive song craft, vivid storytelling and unmistakably authentic voice – the same qualities that made listeners and critics take notice of his acclaimed 2018 debut Bucket List. Stanard channels a lifetime’s worth of experience and insight to craft imaginative, emotionally resonant story-songs that cut to the heart of human experience.

“I think that the main thing that any artist has to offer is his own perspective”, states singer-songwriter Jim Stanard. “My songs are about how I see people and how I see the world. I think that's the most important thing that an artist can communicate.”