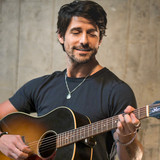 Singer, Songwriter, Musician, Entertainer. Residing in Nashville, TN, Jesse Labelle meshes classic country lyricism with contemporary country music and high energy-guitar playing to deliver an unforgettable performance wherever he takes the stage. Jesse’s soaring vocals and energetic stage show have landed him opening spots for everyone from Garth Brooks, Keith Urban, Eric Church, FGL and Jason Aldean to Big & Rich, Brooks & Dunn, and Brad Paisley to name a few. In May of 2022, Jesse will be the only independent artist to play country music's biggest festival, Stagecoach! Whether in a stadium, theatre or club, Jesse keeps the audience always on their feet and wanting more!! Jesse recorded his newest EP in Nashville. Produced predominantly by Jesse, and co-produced and mixed by Sam Ellis (Ingrid Andress, Kane Brown, Thomas Rhett) and Ryan Sutton, the EP, "Jesse Labelle-Part 1" features some of Jesses best music to date featuring the lead off single "Flashback", crowd-favorite "Heartbreak Songs, The Nashville Needs A Song contest winner,

"Looking Up", "Who's Counting" and some of the songs that dig into Jesse's faith like “Somebody’s Listening” and the unforgettable "I Met A Man". The stage is set for and for Jesse, there has never been a more exciting time to watch for what happens next!