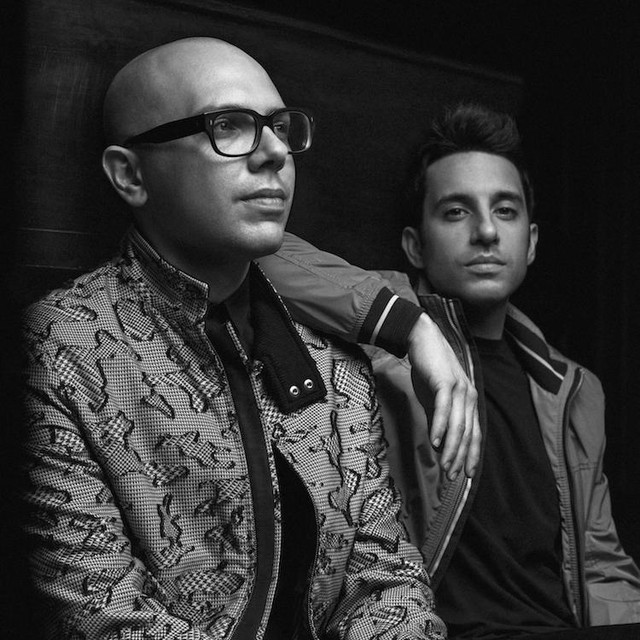 Melodic singer/songwriter duo A Great Big World feature the talents of Ian Axel and Chad King, whose chart-topping single "Say Something" broke them into the mainstream in late 2013. The Christina Aguilera-assisted track went on to win a Grammy for Best Pop Duo/Group Performance in 2015. Formed while Axel and King were music business students at New York University, the duo toured in 2011, playing their own songs as well as covers by such artists as Ingrid Michaelson and Five for Fighting. In 2012, they officially adopted the name A Great Big World and released a Kickstarter-funded self-titled EP. In 2013, the duo's profile was raised significantly after their song "This Is the New Year" was covered on the Fox TV show Glee and licensed for use on various other TV shows. That same year, A Great Big World signed to Epic and released the three-song EP, This Is the New Year, which featured the single "Say Something." While not an immediate hit, a re-recorded version featuring Christina Aguilera arrived in November 2013, propelling the track to the top of international charts. The success of the song helped push their full-length debut, 2014's Is There Anybody Out There?, into the top three of the Billboard 200. "Say Something" would later win a Grammy in 2015. Their follow-up, When the Morning Comes, arrived in late 2015. Although the effort did not rise to the same heights as its predecessor, it produced the Hot 100 entry "Hold Each Other," featuring rapper Futuristic. For their third album, the duo recorded a cover version of Jeff Lynne's "When I Was a Boy," which arrived in 2017. Later that year, they issued "Life Is Good" from the animated movie The Star. In 2018, they released "Younger," the second single from their self-titled LP. The following year saw the duo re-team with Christina Aguilera for the soaring single "Fall on Me." ~ Matt Collar