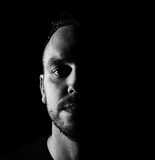 Tyler Brown Williams is a singer/songwriter from Dallas, Texas. His music tells stories of personal stories and dreams that beg to bring the listener along with him. Tyler grew up in a family of musicians and found his love for music at an early age. After several years as a touring bass player, he developed a love for songwriting and began his career as a solo artist. His debut EP “Earth, Sky, or Ground” released in January of 2014- charting at #5 on the iTunes singer/songwriter chart. Tyler has since released 3 more EPs and has had his music featured on national/international ads, movies, and television shows. His latest EP “Do It All Again” was released in summer of 2021.