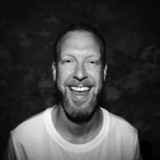 An Ibiza, London, Barcelona and Andorra resident, Dan McKie the renowned DJ and producer behind an array of house and techno music across the entire spectrum of 4x4 genres. Be it funky disco groove, laid back beach vibes or dirty dance floors, Dan McKie is guaranteed to bring the fire. An eccentric, approachable and talented producer, Dan uses his unique and energetic blend of DJ sets to share his passion for electronica on the dance floor and in the ears of the iPhone generation. His productions have peppered some of the world’s most revered labels: Stealth Recordings (‘Bae B’,

‘A Little More’, both with Dimitry Soul), Southern Fried (‘The Bull’ with Will Clarke), Static (‘Mad For An Olive’, ‘On The Lowdown’, ‘Apex’), Airborne (‘Touch The Sky’ with Rui Da Silva), Freakin 909 (‘Little Rhythm’), Frequenza (‘Ginger Terror’, ‘The Plunger’), Good For You Records (‘Darrrncing’) and ten records on Pacha Recordings Ibiza alone. His work on his own label 1980 Recordings has been widely supported across the board by the likes of Danny Howard, Pete Tong, Annie Mac, Fatboy Slim, Monki, B-Traits, Richie Hawtin, Carl Cox, Roger Sanchez and many more. A regular over on the White Island of Ibiza with appearances at Space Ibiza, Es Vive, Turo Turo, Booom!, Carl Cox’s Sands and also Café Mambo Radio, Dan was also resident for Neil Moore and BFSB Radio as the official Ibiza Resident DJ, broadcasting live from the iconic Café Mambo studios from 2013 for a prolific five year stretch.