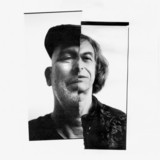 DJs Jonathan More and Matt Black, aka Coldcut, rose to acclaim in the mid-'80s through production and remix work for a number of modern rock, hip-hop, and dance outfits, including Yazz, Lisa Stansfield, Junior Reid, Blondie, Eric B. & Rakim, and Queen Latifah. While that connection has pegged them as a product of the U.K. acid house and rave scenes, the pair's larger commitment has been to urban breakbeat styles such as hip-hop, ambient dub, and jungle, the three of which have constituted the bulk of their recorded output since their first mid-'80s white-label EP, Hey Kids, What Time Is It? Comprising project titles like Hedfunk, Hex, DJ Food, and Coldcut, More and Black have assembled an empire of U.K. breakbeat and experimental hip-hop through their Ninja Tune/Ntone labels and been a unifying force in underground experimental electronic music through their eclectic radio show Solid Steel, as well as club and tour dates. More and Black are also technological pioneers. They were early adaptors of the enhanced CD format, they've integrated live video sampling into their performances since the '90s, and they've developed innovative audio-visual manipulation programs and apps. More and Black got their start, not surprisingly, as radio DJs, working at the pirate station Network 21 during the first half of the '80s, and latching onto the snowballing club scene during the middle to the late decade. Their claim to early fame, Say Kids, What Time Is It?, was modeled on the cut'n'scratch turntable aesthetic of underground deck heroes like Grandmaster Flash and Double D & Steinski. Widely regarded as the U.K.'s first breaks record and an influential force in bringing an identity to London's nascent club culture, the record -- released as a U.S. import billed to DJ Coldcut to avoid sample litigation -- opened as many doors for More and Black as it did for DJs, bringing scads of production and remix work their way. The attention (and sales royalties) also allowed them to launch their Ahead of Our Time label, succeeded by Ninja Tune and Ntone, which together have been home to some of the most acclaimed and influential artists of London's post-rave underground scene, including DJ Food, Drome, Journeyman, 9 Lazy 9, Up, Bustle & Out, and the Herbaliser. Although Coldcut was their earliest nom de plume, following a befuddled contract with Arista, the name remained in legal channels for the following few years. The intervening period found the pair no less active, releasing a flood of material under different names and continuing to work with young groups. The Coldcut name returned to More and Black in 1995, and the pair celebrated with a mix CD as part of the Journeys by DJ series dubbed 70 Minutes of Madness. The release was credited with bringing to wider attention the sort of freestyle mixing the pair were always known for through their radio show on KISS FM, Solid Steel, and their steady club dates, a style that later took off through clubs like Blech and the Heavenly Sunday Social. In 1997, Coldcut finally released another full-length, Let Us Play! Two years later, the pair followed up with the remix album Let Us Replay!, which was packaged with a CD-ROM including music videos and a demo of the group's interactive VJamm software. Numerous mix CDs appeared before they returned in 2006 with the new album Sound Mirrors, a slick album that recalled their debut. Following Sound Mirrors, Coldcut largely kept busy on the business and technological fronts. Black co-developed a "granular video synthesizer" titled Granul8, and the duo released a music production app called Ninja Jamm. Ninja Tune maintained their highly productive release schedule, celebrating their 20th anniversary in 2010 with Ninja Tune XX, an exhaustive box set including six CDs of remixes and rarities, six 7" singles, and a hardcover book. In 2016, Coldcut resurrected their earliest label, Ahead of Our Time, and released The Bullnose Step EP, the first release in 25 years by their little-known Bogus Order alias. They also issued Only Heaven, a new Coldcut EP featuring Ninja Tune regular Roots Manuva. In 2017, Coldcut and legendary dub/post-punk producer Adrian Sherwood (credited as On-U Sound) released the collaborative album Outside the Echo Chamber, featuring guest contributions from Manuva as well as Lee "Scratch" Perry, Ce'cile, Dennis Bovell, and others. ~ Sean Cooper, Rovi