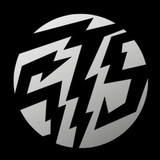 Smash The Statues, started early 2003, quickly released a 4 track EP and started doing what they do best; play live. Influenced by bands as Propagandhi, Good Riddance, Strike Anywhere and I-Spy, their melodic hardcore punk, dealing with topics of social change, gave the band the opportunity to support genre defining bands like Strike Anywhere, Strung Out, Beatsteaks and Modern Life Is War. Smash The Statues started expanding their territory, and did various tours throughout Europe, hitting Belgium, Germany, United Kingdom, Sweden, Norway, Austria and Slovenia. 2019 sees the release of new album FORVM. A concept album, split up in two halves. The A side of the record deals with the current upcoming fascist parties, that always have Freedom or Democracy in their names. Apparently the elections caught up on us. So the B-side paints a picture of a dystopian world that might be not that far from here. Please let that be a warning, before it’s too late again.