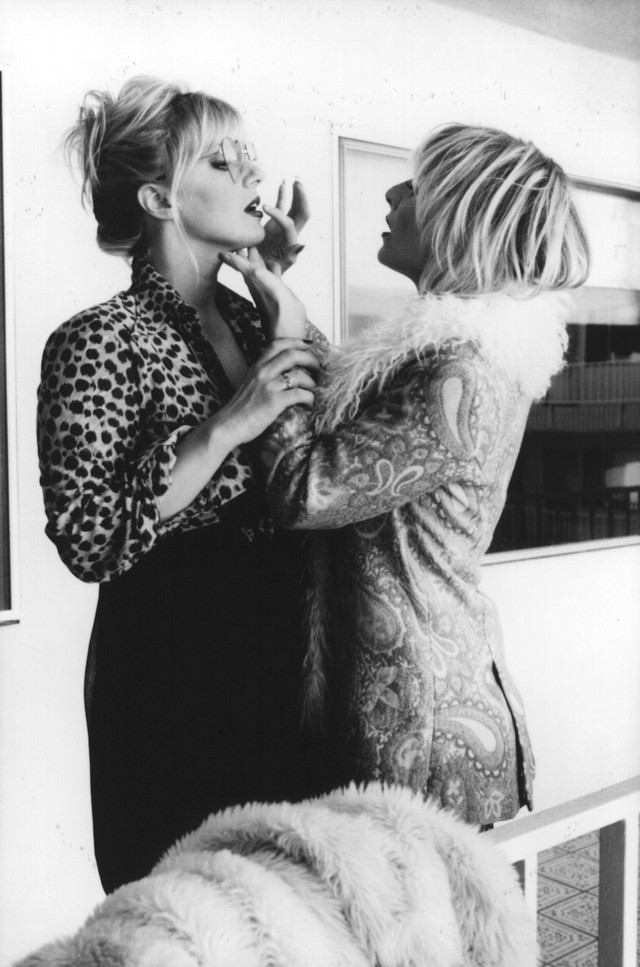 Voice Of The Beehive

Featuring Voice Of The Beehive

The colorful pop group Voice of the Beehive was led by sisters Tracey Bryn and Melissa Brooke Belland, California natives whose father Bruce Belland was a member of the chart-topping 1950s vocal group the Four Preps. After a showbiz childhood which included roles in a number of television commercials, elder sister Tracey eventually relocated to London; Melissa later joined her overseas, where they became regular hangers-on in the British rock scene. After appearing on Bill Drummond's 1987 solo LP The Man, they formed Voice of the Beehive, taking the name from a Bette Davis film. Adding guitarist Mike Jones as well as Madness alumni Mark Bedford on bass and Daniel Woodgate on drums, the band recorded its initial demos, releasing their first singles "Just a City," "I Say Nothing" and "I Walk the Earth" and earning favorable comparisons to Blondie and the Bangles. After Bedford exited to form Butterfield 8, Voice of the Beehive recruited Martin Brett to record their debut Let It Bee, which scored U.K. hits with "Don't Call Me Baby" and "The Man in the Moon." 1991's Honey Lingers also proved successful, notching the hits "Monsters and Angels," "I Think I Love You" and "Perfect Place." A long hiatus followed, however, as the band began to fragment; soon, only the Belland sisters remained, and Voice of the Beehive was dropped by its label. After a series of personal traumas, they returned to California to begin writing new material, resurfacing in 1996 with the cathartic Sex & Misery (original title: Disastrous Relationships, Disillusionment, Depression & Death). The album's first single, "Scary Kisses," earned Voice of the Beehive their biggest American hit to date. ~ Jason Ankeny, Rovi