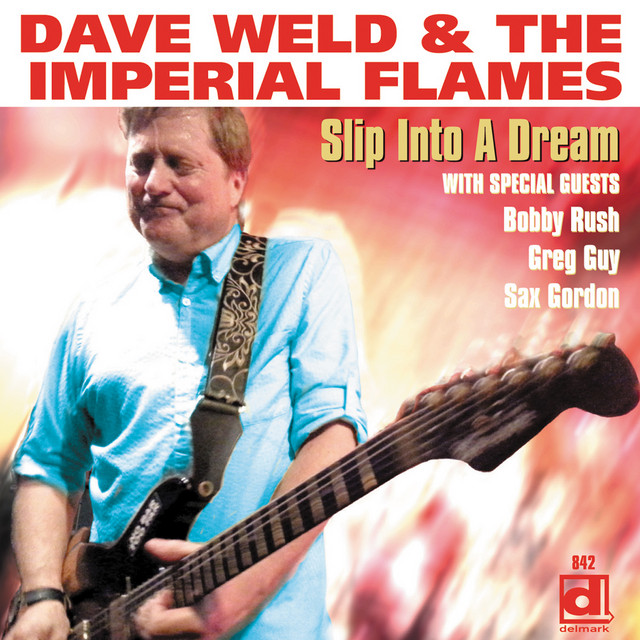 b. 1952, Chicago, Illinois, USA. As a child Weld heard the blues on old records and determined that he would become a professional musician. While studying in New Mexico, he was tutored on guitar by Kurt Black. He teamed up with the Hound Dogs, the legacy band of Hound Dog Taylor, which featured Brewer Phillips and Ted Harvey. He also worked at one point with the Howlin’ Wolf legacy band. In the mid-70s, Weld was back in Chicago where he interviewed J.B. Hutto for an article for Living Blues magazine. He extended his knowledge of blues guitar by taking tuition from Hutto, eventually becoming especially adept as a slide player. He also met up with fellow slide guitarist Lil Ed Williams, a nephew and also a pupil of Hutto’s. Weld, Williams and James Young, another of Hutto’s nephews, started playing together as Little Ed And The Blues Imperials in some of Chicago’s least salubrious blues clubs. In the late 80s, Weld led a band he named the Imperial Flames, touring internationally. In the 90s, Weld and Williams sometimes teamed up as their band was in demand and was frequently booked into leading Chicago blues clubs. Weld received rave reviews for his appearance at the 1997 Mississippi Valley Blues Festival and the International Jazz Festival in Montreal, Canada. In 2005 Weld made his first visit to the UK where he was very successful.