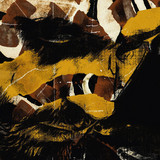 The name comes from "Kassa" (the harvest rhythm from Malinke people of Guinea, Africa) and Afó (means "let's say it"/"play it" in Malinke language). Giulio Tosatti (aka Kassie Afó) graduated in Classical percussion in a Music Conservatory in Italy, followed by a trip to Cuba and Subsaharian Africa for some months in the subsequent years. There, he learnt about traditional percussion/music and the traditions of the afrocuban/latin/african culture, with which he is in love and towards which he feels a strong and particular attraction. Meanwhile he spends a lot of time on production in his home studio. He mixes his passion for electronic music, clubbing and producing, with his deeply rooted percussionist instinct. First EP was released in November 2018. In june 2019 he was selected among almost 2000 candidate to partecipate in the JagerMusicLab in Berlin, organised by JagerMeister. In 2020 he's going to release his first album.