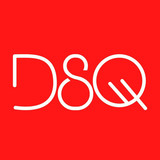 An international music sensation, Dallas String Quartet (aka DSQ) was founded in 2007 by violist Ion Zanca. A fusion of contemporary classical and pop music, DSQ uses both traditional and electric strings performing as a quartet with the full accompaniment of drums and guitar. Known for their eclectic renditions of anything from Guns N’ Roses ‘Sweet Child of Mine’ to Shawn Mendes and Camila Cabello’s ‘Señorita,’ DSQ is Bach meets Bon Jovi. The group is comprised of composer and violist Ion Zanca, violinists Eleanor Dunbar and Melissa Priller, bassist Young Heo, guitarist Anthony Plant and percussionist/drummer Efren Guzman. DSQ has over 30 million streams on Spotify, more than 4 million views on YouTube and receives over 1 million streams per week from their dedicated fans on Pandora. WIth a strong international audience in the U.S., Canada, Brazil, Chile, Peru and Mexico, Dallas String Quartet has performed for Presidents Obama and Bush, at the College Football Playoffs, for NBA and NFL organizations and sold out concert venues like the House of Blues and symphony halls. They’ve played alongside Josh Groban, Chicago, and the Trans-Siberian Orchestra, had music featured by ESPN, A&E and The Wall Street Journal—which said “this is not your grandmother’s string quartet”—and have been placed on prominent Spotify playlists such as Pop Goes Classical and Sinfonía Hipster.