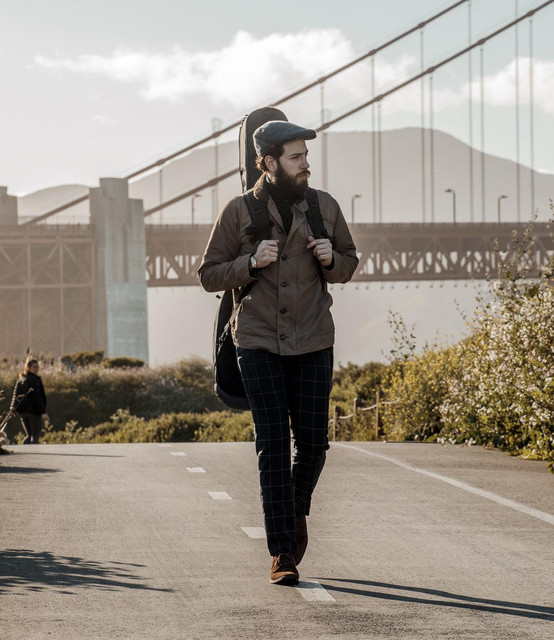 Hey! i'm writing this myself so i won't talk in "3rd person dramatic mode" 1996 is the year i was born in "fog city" San Francisco,California. in a very young age i moved to another side of the world. By the age of 10 i started experimenting with music production programs and instantly got obsessed. At the time i made mostly Electro/House and even some Techno and Dubstep. I did that for about 5 years until my first real instrument which was the electric guitar. The change was drastic. From jamming to Skrillex i dived deeply into SRV,Jimi hendrix,John Mayer. I completely left the production side and went all in to playing the guitar and sound like the greats. Age 18 came and it was time for me to join the army where i served as a paratrooper for 3 years.   2017 I got discharged from the military and honestly a complete "JARHEAD" That same year after some life changing experiences i decided that Music is the way to go. I started working that same year with another producer on a single that became a whole album! (out of no where) which ended up costing me a lot of money and 2 years of work was basically thrown to the garbage the only glimpse you can hear from it is the two singles i released out of an 11 track album (Nothing Wrong,Last day). While all this was happening i started collaborating with Kuji through mutual friends. I realized i didn't need an expensive producer with a fancy studio to express my self I CAN DO IT BY MYSELF! and so i did.and will do.