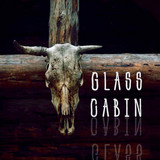 Based in Nashville, TN, the roots-rock band Glass Cabin was formed by studio musician David Flint and singer songwriter Jess Brown. After a decade of co-producing other artists, the two decided to work on their own self-titled album, ‘Glass Cabin,’ with the first single and video, "Pray For Me Pray For You," released in April.

The album is set to release October 1st, 2021. As a writer for Almo-Irving/Universal and EMI, Brown worked primarily in country, rock and Americana, writing songs for Lee Ann Womack (A Little Past Little Rock), Trisha Yearwood (I Need You), Sara Evans (I Learned That From You) and Julie Roberts (Break Down Here) which the New York Times called “an instant classic.” With more than 25 gold and platinum certifications, inclusion in the Top 100 Road Songs and Grammy and CMA nominated albums, his songs appear on over 25 million cds. Hailing from upstate New York, Flint was a founding member and lead guitarist with country rock band, Billy Montana and the Longshots, which led to their signing an artist deal at Warner Bros with legendary Martha Sharp, Warner’s VP at the time, in charge of finding new talent. Flint later moved to Nashville, touring with numerous groups, most notably the hit country group Highway 101, before turning his attention to producing and studio session work.