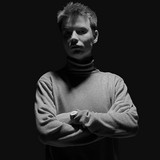 This young man has started a musical journey at the age of 11 (now 20) when one of his very best friends who loved dance music influenced him to listen to a lot of EDM songs. Coincidentally, a year later one of Barego’s sibling introduced him to FL Studio. After a couple years of just messing around with this DAW in 2017 George develops an interest in making music (especially EDM & House). His very first favorite genres of music were Trap & Future Bass. Inspired by masters like San Holo, Alan Walker, Yellow Claw, and many others George composes a couple of tracks that of course weren’t of the best quality. A few more songs later he decides to step down from social media & releasing music to shape his production skills and think over what he wants to do next. George then comes back in 2021 with his brand-new Tech-House-influenced sound and drops an unofficial rework of “Stayin’ Alive” by Bee Gees on his social media. After that, he takes part in Matisse & Sadko’s “Heal Me” remix competition to have a chance of winning an official release on Martin Garrix’s label STMPD RCRDS. To be continued.