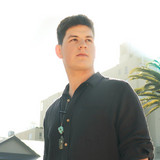 It’s no coincidence that Blake O’Connor had one of the best selling albums at both Groundwater and Gympie Festivals. As a two times 2020 Golden Guitar nominee, Blake won the prestigious Qantas New Talent of the Year Award, previously won by international star Keith Urban, Lee Kernaghan. He was also nominated for Male Artist of the Year up against international superstar Morgan Evans. Soon after winning Toyota Star Maker in 2019 Blake released his debut album ‘Everything I Feel’ resulting in a #1 on the ARIA Charts, #2 on the ARIA International Country Chart, #8 on the ARIA Australian All Genres Chart and #31 on ARIA International All Genres Chart. Blake has toured with The McClymonts, Adam Eckersley & Brooke McClymont and opened shows for John Farnham, Russell Morris, Adam Brand, and US acts Charles Eston, Earl Bud Lee, Jarrod Niemann and Home Free. Radio 2GB’s Ray Hadley was blown away by a recent in-studio performance and said; “Based on that performance, you’ll never have to work a day in your life. Absolutely sensational.” Using his time during 2020 to write and record, Blake released his new single

WILLIN’ AND READY in February 2021 while still touring with Sinead Burgess on their Silver Linings Tour. In April Blake commences his national Willin’ and Ready Tour which includes dates with one of Australia’s finest