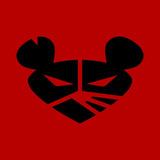 チューチュー   Canadian talent Harrison Houde (born in the year of the rat, 1996) is Tokyo Rat. He was always deeply rooted to music since he was a child and quickly got addicted to synthesizers. A trip to Japan in late 2019 inspired the creation of an entire synthwave persona, and Tokyo Rat's debut album. “Edge of Tokyo” released in September 2020 with acclaim from The 80's Guy, EDM.com, French music blog Novorama, and many more. Synthwave fans easily gravitated towards Tokyo Rat. The rat found over 5,000 unique listeners and over 20,000 streams across the album in the first month. Tokyo Rat is not an artist to sleep on, if you are interested in new retrowave, synthwave, outrun music genres. Get in touch and say hello on social media! Tokyo Rat (Harrison) will try to to respond to everyone. He’ll even let you know his favorite food dish. シンセウェーブ 令和二年 子年 est. 2020, year of the rat.