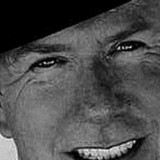 Together with Team 33, Spain, Robert Jay releases 2017 his first single “No Regrets”. The Sound of his voice, combined with modern groovy elements creates a completely new sound. Impulsed by a cool rhythm and a flowing base, the Mixes ( DJ Scotty) for “No Regrets” were placed nearly 12 weeks in several european charts .

His carrier started, when he decided to open up a night club in Düsseldorf/ Germany, where he played with his friend, Willy Ketzer, best german big band drummer. Shortly thereafter, he was invited by the Asian Superstar Shoukichi Kina, to go with him on tour through Japan. Kina let him, as first Singer ever, do a new english version of his Hit “Hana” which has been sold with more than 30 million copies and is the third most sold record in the world. Moreover, he did many shows as a solo Singer in Germany, Austria and Switzerland, so that the press already categorized him on the same level as Frank Sinatra or Michael Bublé. “Music is what I feel, what I can do and what I always wanted" – Robert Jay