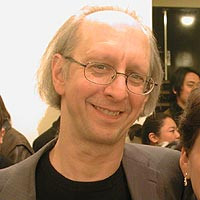 Venerated modern composer and pianist Lee Hyla was the focus of many awards, grants, and commissions for several decades. Hyla was born in Niagara Falls, New York and raised in Greencastle, Indiana. He left Indiana for New York to study composition at SUNY Stony Brook with David Lewin, and then went on to Boston to continue his studies with Malcolm Peyton at the New England Conservatory. By the late '90s, Hyla worked at the NEC as co-chairman of the composition department. He was the recipient of a Guggenheim fellowship, two NEA fellowships, the Stoeger Prize, the Rome Prize, and many other high honors. He composed works for the Kronos Quartet with Allen Ginsberg, jazz saxophonist Tim Berne, the Orpheus Chamber Orchestra, and the London Sinfonietta, who performed a chamber orchestra work of his in 1980. Hyla was commissioned by many organizations including the Concert Artist's Guild, Meet the Composer, and the Quintet of the Americas, for whom he composed Amnesia Breaks, which they performed in 1990. Hyla has two recordings with Jim Pugliese on CRI, Avant and Tzadik which released Riff and Transfiguration in 1999, presenting four compositions that span 1989-98. Recordings of Hyla's works are also available on the New World and Nonesuch labels.