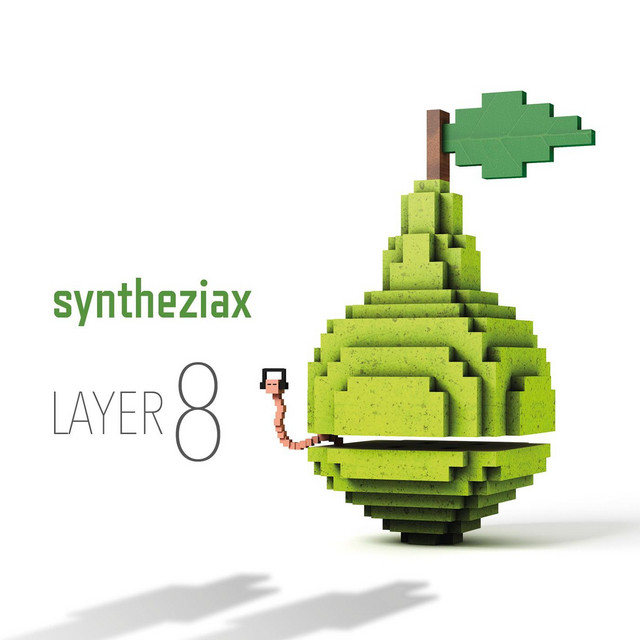 Syntheziax – the project Syntheziax is not a band, it is a project by the two synth wizards Michel Bontemps and Daniel Mack, both from Luxembourg in the bleeding heart of Europe. But that said, the main difference between a project and a band is that there is no booze and there are no roadies (no boobs nor groupies). Being just a two man show, Syntheziax has no clearly defined bounderies who is doing what, when or where. Moreover, every one is allowed to do whatever he has in mind, as long as it is good for the project. No drummer, no bass player, no synth player, no mixing engineer, no manager! It is actually really hard to tell after the album is ready, who played which parts, as some parts were started by Dan and finished by mibo, and vice versa. Layer 8, the resulting first album by Syntheziax, is a 13 tracks, 72 minutes long groovy, synth loaded listening experience, spiced with numberless details. The style of the album is really hard to define as the tracks touch various of the known styles without being part of them completely. Layer 8 was mixed "on the go", meaning everything was already balanced to the optimum during the recordings, and mixed in a two week mix session at the Keng Paï Studios. Syntheziax has opted to be "100 percent electronic" Layer 8 should be preferably listened on a very loud speaker system from the start to the end, as doctors certified the overwhelming evidence of the healing power to this album!