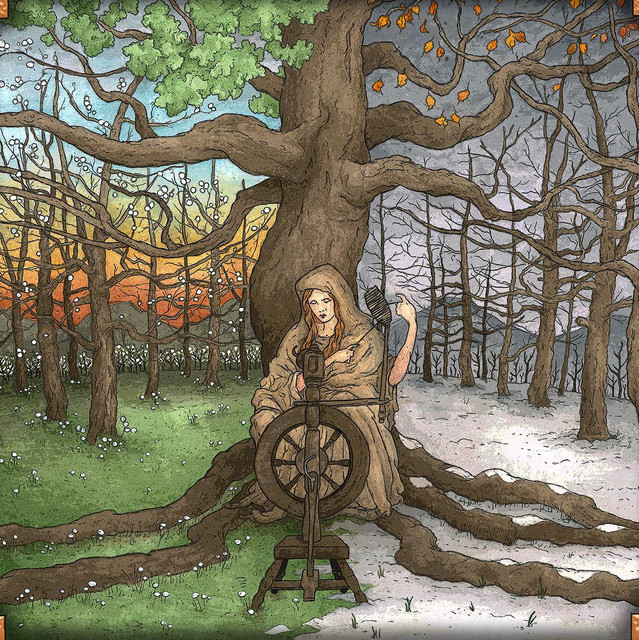 Kanseil is a Folk Metal project begun in late 2010 in Fregona, Veneto, Italy. It's named after the ancient name of Cansiglio, its home-place's mountains that are often told about in its songs. The band looks for an own style, that assembles early medieval melodies and traditional folk sounds from all over Europe, with death and black metal riffs, along with acoustic assembles in an ancient-fashioned atmosphere. The band in realized the self-produced demo “Tzimbar Bint” in 2013, than it started playing on many stages at local events all over Italy and Europe sharing the stage with a lot of other underground and international metal bands. In 2014 the band join the roster of Nemeton Records. In May 2015 Kanseil released their first full-length “DoinEarde”! In 2014 and in 2016 Kanseil played more than 60 live shows sharing the stage with a lot of national and international bands (Korpiklaani, At The Gates, Folkstone, Enslaved, Omnia, Arkona, Manegarm and more). In 2017 the band start composing the second full-length and in January 2018 start recording in New Sin Studio, Loria (TV) the new album “Fulìsche” that will be out for RockShots Records on 25/05/2018