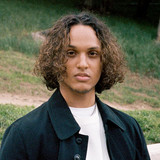 Few people have been able to achieve global success so early on in their careers, but L.A.’s Brando has never been one to color inside the lines. Drawing inspiration from the numerous musical influences he indulged in throughout his formative years, the California native was a major force behind Canadian duo Loud Luxury's multi-million-stream wonder ‘Body’. He immediately showed the world his unique talents as the singer and songwriter on the record and has since collaborated with artists such as Don Diablo and Matoma whilst also giving life to his own scintillating singles.

The success of recent single ‘Look Into My Eyes’ perfectly illustrates it all. The record spent ten weeks on #1 in Australia’s airplay chart (dethroning The Weeknd ‘Blinding Lights’ as most-played song of the year), entered the Spotify Top 200 in Australia, Austria, Germany, Sweden and New Zealand and clocked up over 30 million streams across the most popular streaming platforms.