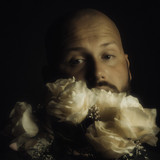 Life works in mysterious ways, and for homegrown emcee Travy P that meant packing his bags and making the move from Brisbane to Sydney to sleep on a studio floor. This move marked a turning point and preceeded collaborations with Manu Crooks, B Wise, I.E. and 360. 360 featured on his debut single in 2017 ‘Sleepover’, that single was just a taste of his EP Photos Of Images Never Taken (POINT) and was quickly backed up by the Manu Crooks collaboration 24/7. A domino effect took hold and Travy P was here. Opening for Manu Crooks, Riff Raff, Tory Lanes, Keith Ape, 360, Deltron 3030 and gained features on High Snobiety, Complex and Acclaim.   Travy P is no stranger to the microphone, he’s been free-styling and beatboxing since primary school. His early mixtapes and Out Of The Blue EP showed a clear appreciation for Golden Era legends like Big L and Lord Finesse, layered with more contemporary touches influenced by Kid Cudi and Kanye West.   Moreover, his approach to songwriting radiates with positivity – a perfect pairing with his brazen and bright dress sense. It’s a refreshing alternative to hip hop fuelled by macho bravado and faux gangsterisms, and indicative of his teams movement towards a more progressive mindset.   As an all-rounder who excels and accelerates in all lanes, Travy P is primed to snatch the spotlight. You better recognise the sound and look towards the skies, because Travy P says “I ain't going nowhere. Nowhere but up.”