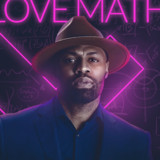 About Chuck Starr: Versatile is the best way to describe R&B/Pop singer-songwriter, Chuck Starr. While based in Columbus, Ohio - Chuck travels the world as the premier male vocalist/performer for Carnival Cruise Line. Since 2016, his sound has flourished from performing a dynamic range of music genres including Latin Pop to Contemporary Rock. While the cruise is a recent achievement, this is far from Chuck’s first round at being a star. Beginning his career at the tender age of five, Chuck performed for churchgoers in his Columbus hometown. Realizing his talent and fighting for his dreams, he made his way to New York City and began performing at small clubs and open mics. His efforts were noticed by fellow R&B artist and Grammy Award Winner, Miguel in 2012, when he was chosen to open for Miguel’s Key Club concert. Since then, Chuck has headlined at reputable NYC venues such as DROM, Knitting Factory, and BB King. - Chuck is ready to secure his stardom in the ever-changing music universe.