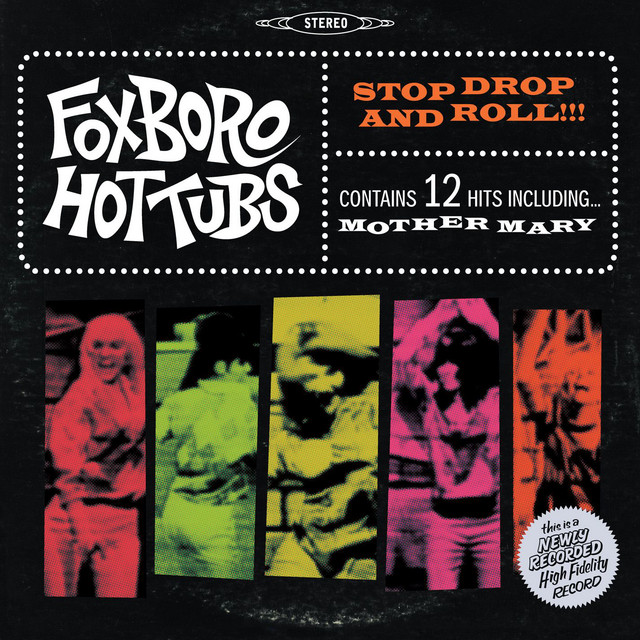 The Foxboro Hot Tubs made their inconspicuous debut in December 2007, when three songs were posted on the band's website. While the Hot Tubs' identity was kept secret, several influential bloggers and news outlets claimed the group was actually a side project for all three members of Green Day, who had recently retreated from the public eye to work on their American Idiot follow-up. Such rumors had yet to be confirmed when a track from the band's Stop Drop and Roll EP, "Mother Mary," entered the Billboard Modern Rock Tracks charts and climbed to number 16. Whoever the Foxboro Hot Tubs were, their tuneful take on garage rock (equally indebted to the Stooges, the Hives, and Tommy James) proved to be quite popular, and fans awaited the release of the group's full-length debut. Stop Drop and Roll!!! was made available in MP3 format in April 2008, with a proper release following in May. ~ Andrew Leahey, Rovi