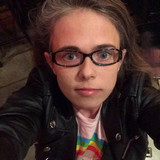 Erikka Innes is dirty, nerdy, and a little bit purdy. A huge part of Erikka’s appeal is her ability to take nerdy subject matter and make it fun for everyone. Erikka has toured across the country headlining clubs, conventions and colleges. Her sharp, insightful humor appeared in the New York Post, Washington Times, and on Twitter, where her one liners made such an impression that the SF Weekly named her a top comedian to follow. She’s appeared as a regular on Sirius XM’s “Hey, Get Off My Lawn” and been on Fox’s “Laughs” twice. Her first two albums received favorable reviews and perform well on platforms like Spotify and Pandora...but hey if you're reading this here, you probably already figured that out! Erikka has a devoted following of nerd listeners all across America. Are you part of the Nerd Legion? If not, join up now!