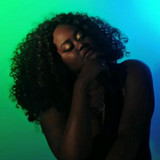 As A Bold and On the Rise Rapper, Singer and Songwriter based in Tulsa, Oklahoma Bambi is already catching the eyes and ears of Fans and fellow Music Artists alike. With her captivating versatility and raw lyrics and emotions she's determined to be heard. Unafraid to say the things we think and not in the least bit timid, regardless of her name, Bambi is focused on dominating every musical avenue she can and is creating her own lane in the meantime. Writing Poetry as early as Six or Seven,

she never strayed far from the Pen. At 14, she decided to start writing music in a composition book and by 16 she was writing complete songs. In 2012 she actually joined the Music Group (and was the only girl in), "The Rogue Heroes", being both a group member and Solo Artist simultaneously. Her first mixtape "Just Clownin' " dropped in 2013 and she took a break from Music to finish College. Gaining popularity from 2018 until Present time being highly sought after, a part of the first Tulsa Female Spittas Cypher (YouTube) and on back-to-back shows in her hometown and surrounding areas, she dropped a project E.A.T. and a few singles linked to future projects to drop starting Spring 2021. Nicknamed Queen Pen, Bambi Barz and Mizz Guillotine by fellow Tulsa Artists affectionately Bambi is definitely on her way to taking over the 918. She is also featured on the Tulsa album "Fire In Little Africa".